Time’s Up newspaper ad powered by women, for women

The campaign has quickly gained traction globally following their first action of a full-page ad in the New York Times with the intention of empowering women around the world. The Time’s Up open letter takes a stand for women in all industries, and confronts how the clock has run out on sexual assault, harassment and inequality in the workplace.

The letter and the campaign trended globally on social media in the first week of the year with A-list celebrities sharing the open letter with the hashtag #timesupnow to show their support for women around the world. 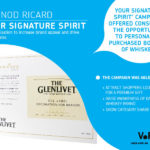 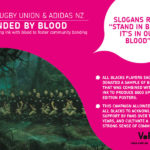